Menu
Home Page
School is closed to all but children of critical workers and vulnerable children...Nursery is fully open...We look forward to seeing all the children on Monday 8th March...

Mr. Armstrong gave Nursery and Reception some frogspawn from his pond. We observed it using magnifying glasses and talked about the changes we saw. After a few days tiny tadpoles nibbled their way out of the jelly and swam around the tanks. They ate the pond weed and grew bigger!

Mrs. Caulfield put rocks in the tanks ready for when the tadpoles grew their back and front legs. We looked at non fiction texts and watched Aunty Mable's 'Come Outside' episode about frogs. We used frog lifecycle stampers and jigsaws, we drew frogspawn, tadpoles, froglets and frogs. Some children remembered that the froglet's tail grew smaller and smaller until it 'disappeared'.

The children used chalk pastels and finger paint to represent the developing frogspawn and tadpoles in a pond. Sam used red pastel to draw the frozen blood worms Mrs Caulfield brought for the tadpoles to eat.

Keep a look at the website photos to see how the tadpoles are growing and changing! 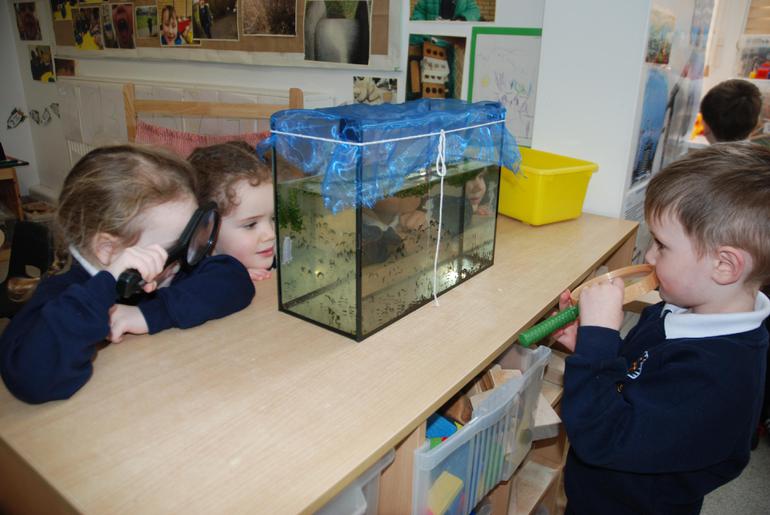 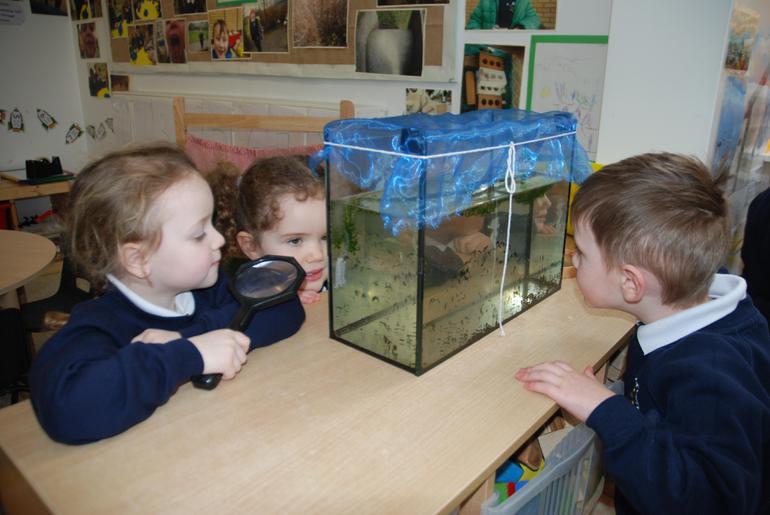 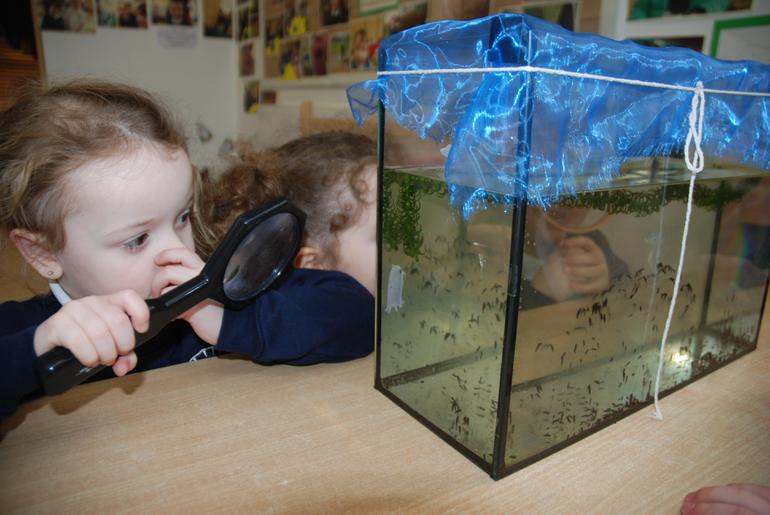 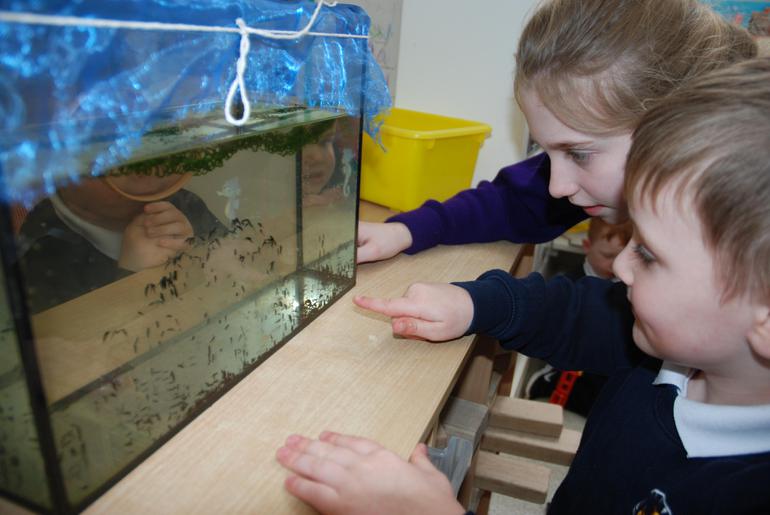 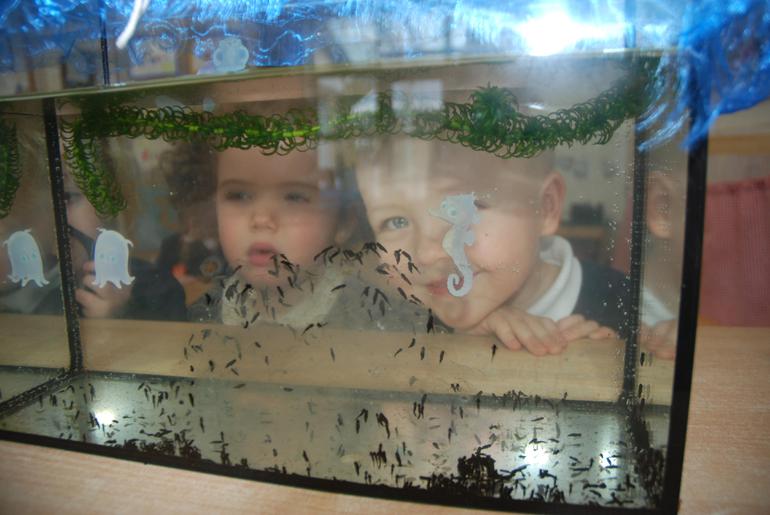 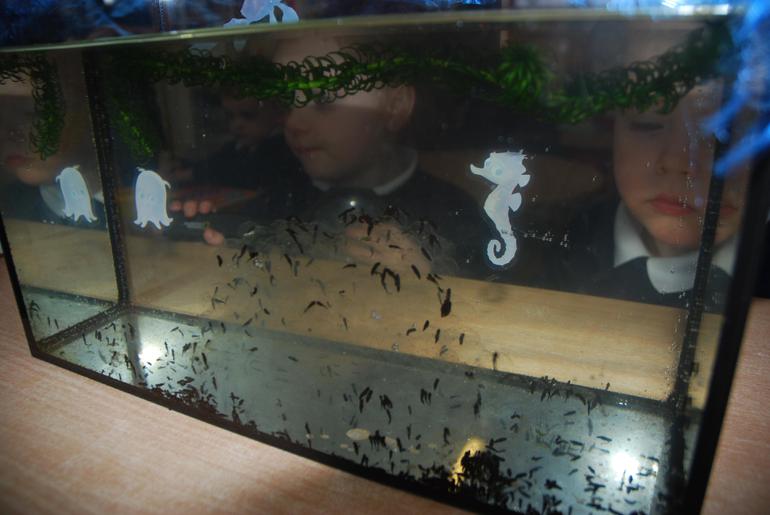 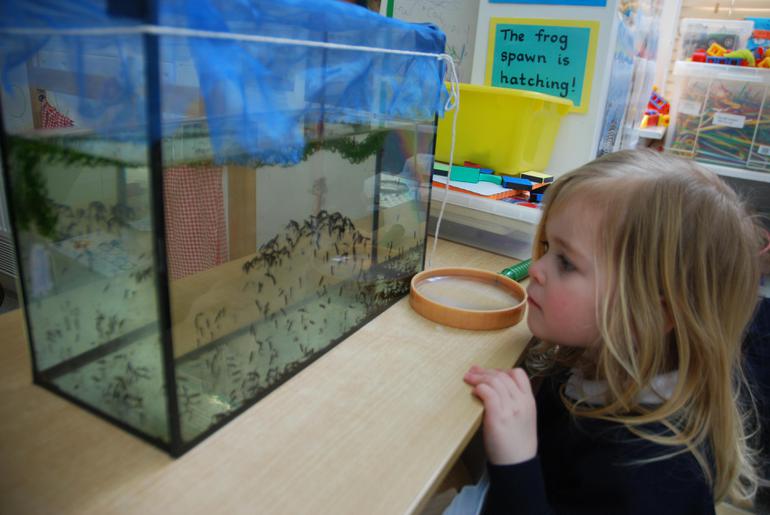 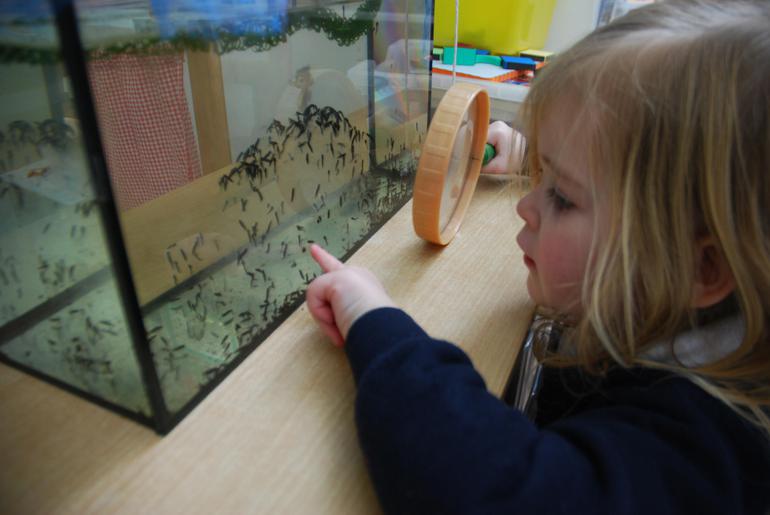 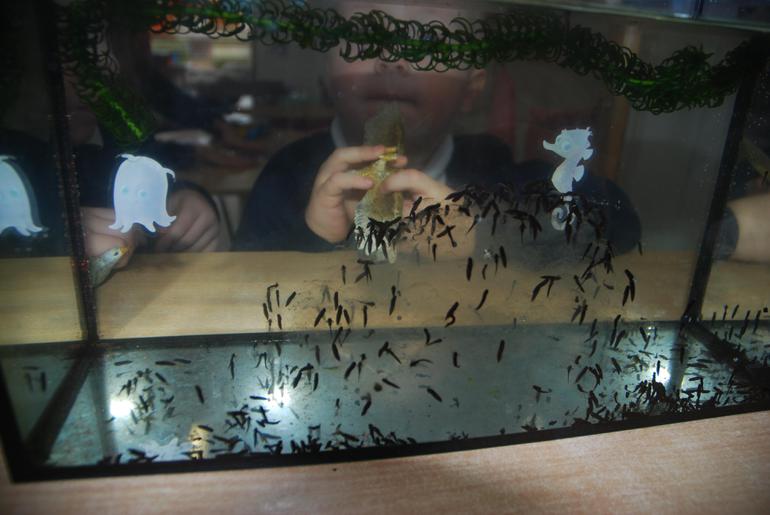 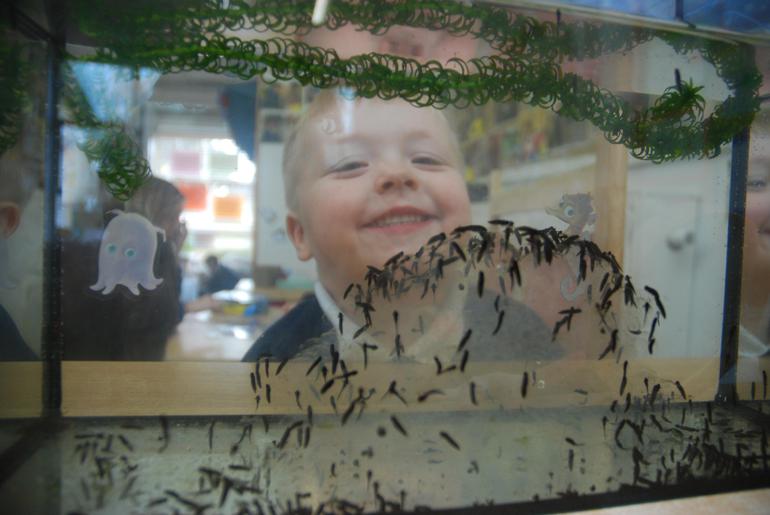 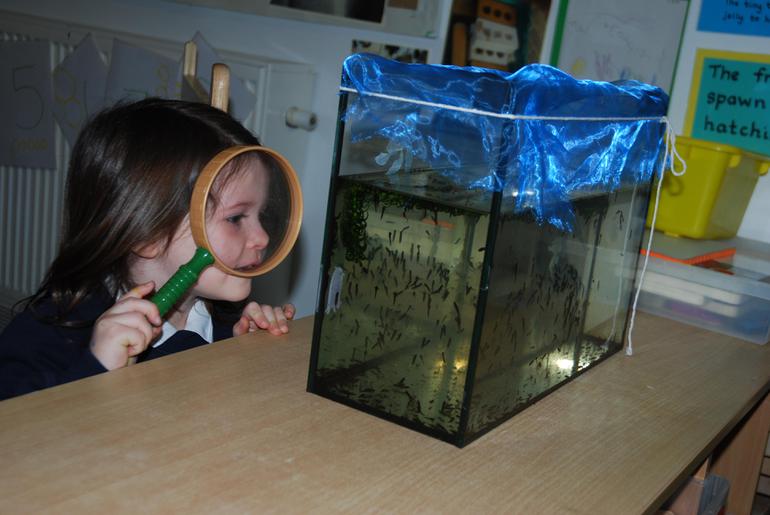 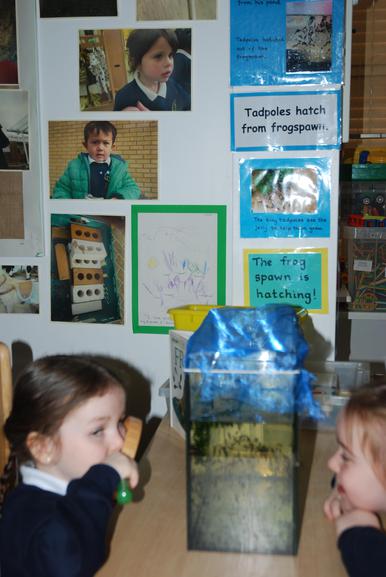 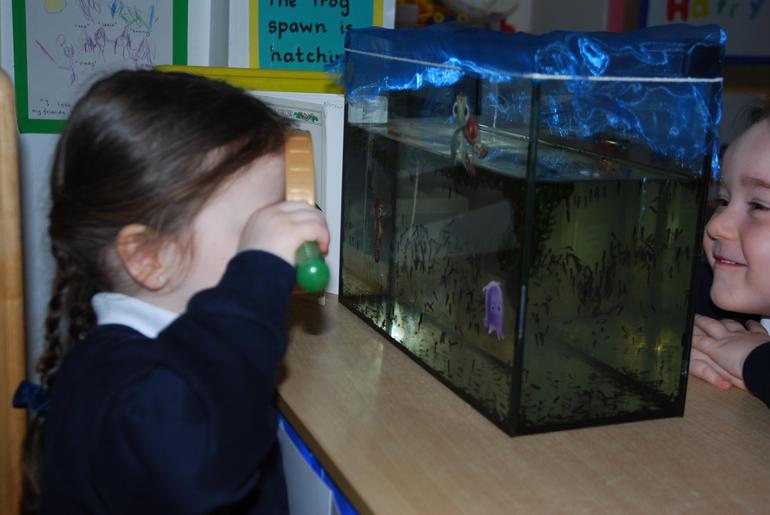 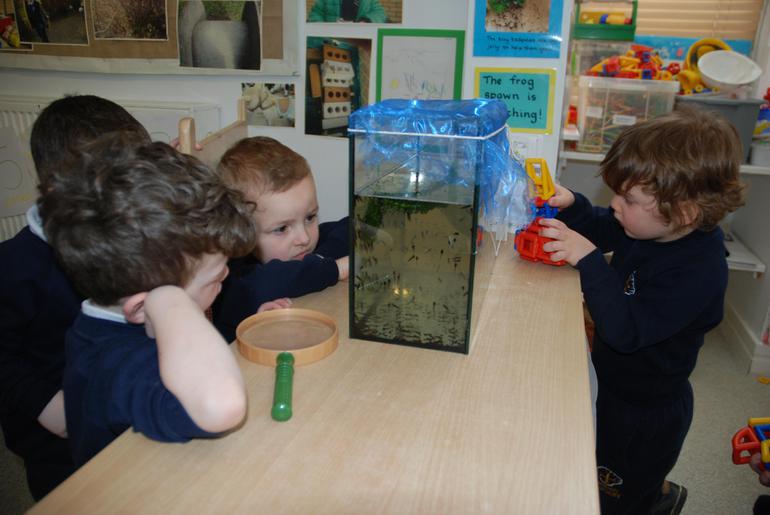 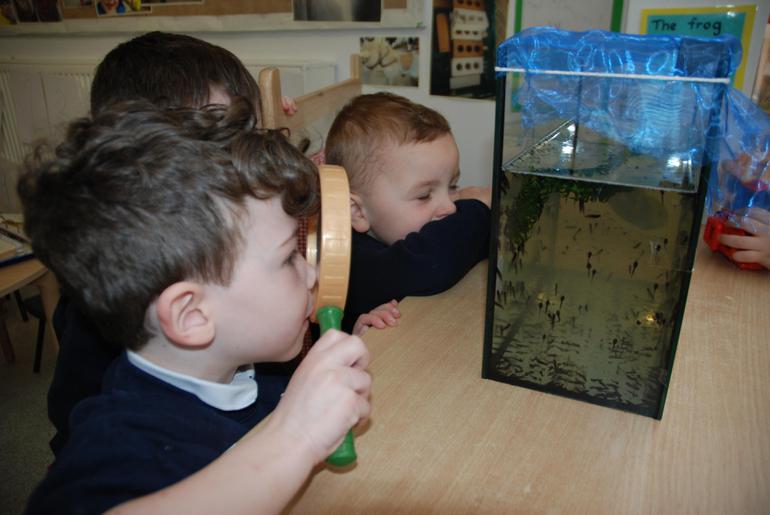 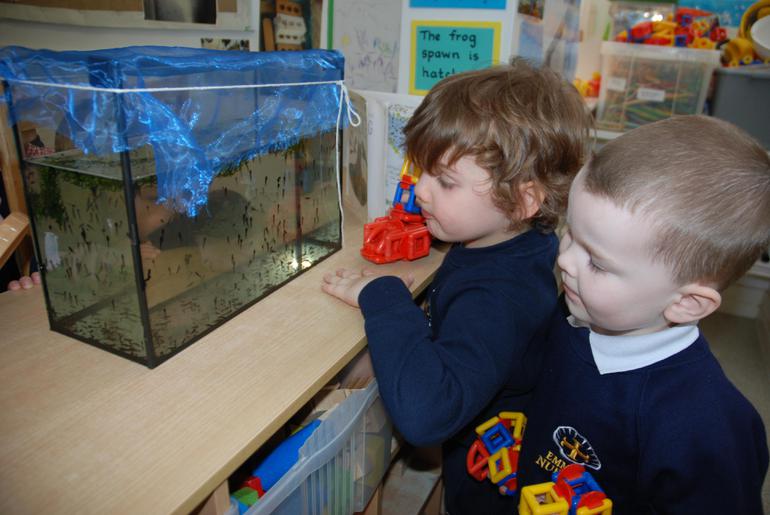 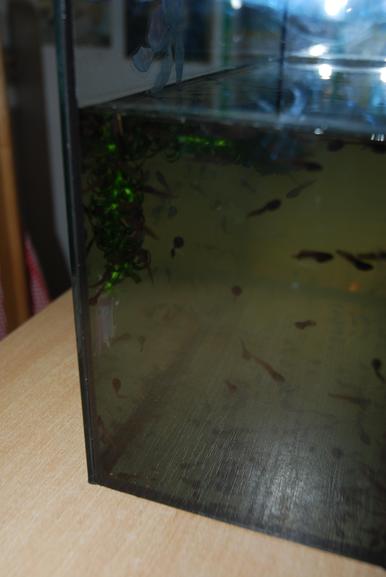 The tadpoles in Nursery and Reception have begun to change into froglets! Two have been taken back to Mr Armstrong's pond where they were laid as frogspawn.