Menu
Home Page
School is closed to all but children of critical workers and vulnerable children...Nursery is fully open.

Nicola, a keeper from Knowsley Safari Park, came to tell us a story called 'Woodland Waste.' She talked about how she looks after cockroaches in the Safari Park and how amazing they are! Nicola told us that they collect all the rubbish in the wild left by animals (like the banana skins the monkeys drop, the bones the lions leave behind and all the animal poo!) If we didn't have cockroaches the rubbish would pile up and all the animals would become sick.

Nicola talked about the cockroaches living far away in Madagascar. She showed us where Madagascar is on the world map and then we pretended to be planes flying there and having a bumpy landing. We imagined we were in the jungle and she told us the story of all the animals Colin the cockroach met and how he cleared their rubbish. We joined in with the actions, animal sounds and suggested ideas as the story went on. Colin found chocolate wrappers on the beach and needed  our help as cockroaches to collect all the red, blue and yellow litter around Nursery and put it in the correct coloured bins. We finished by thinking about how we can care for our world by throwing rubbish away, then we sung a song about Colin the cockroach. There's a video of the song which we will be singing together in Nursery next week. 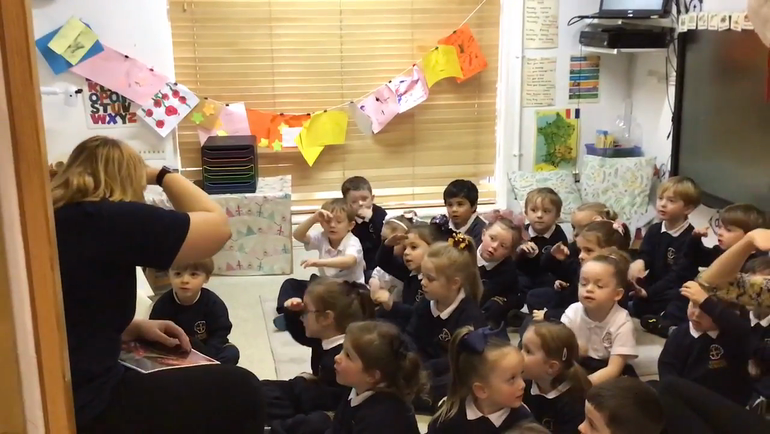