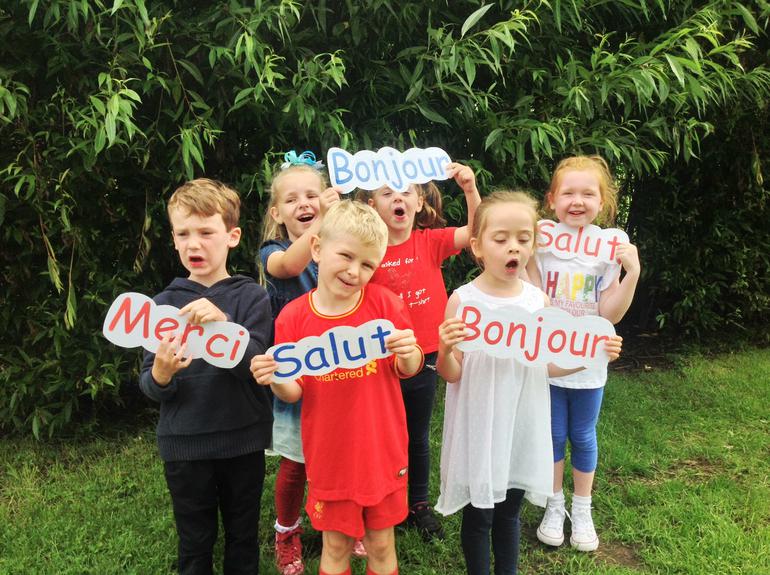 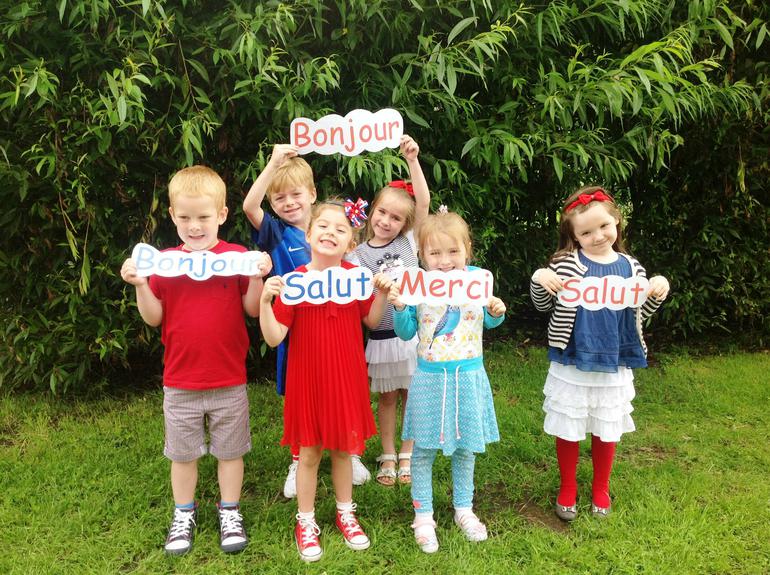 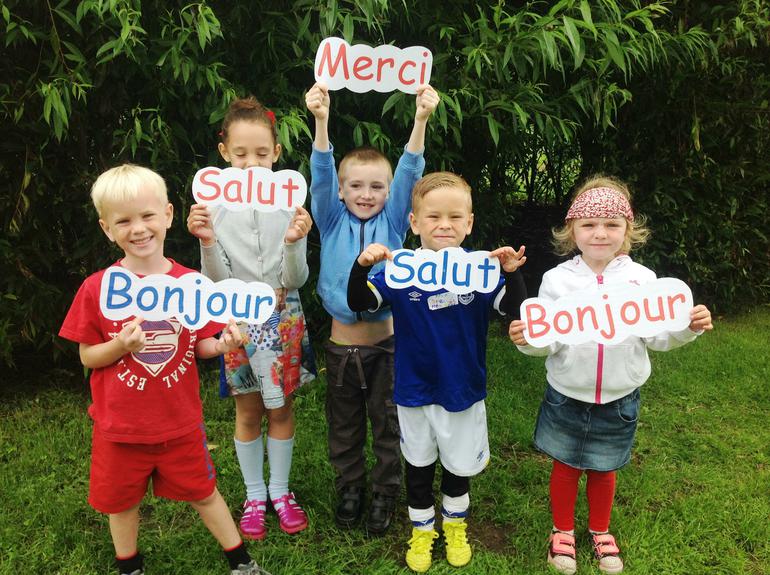 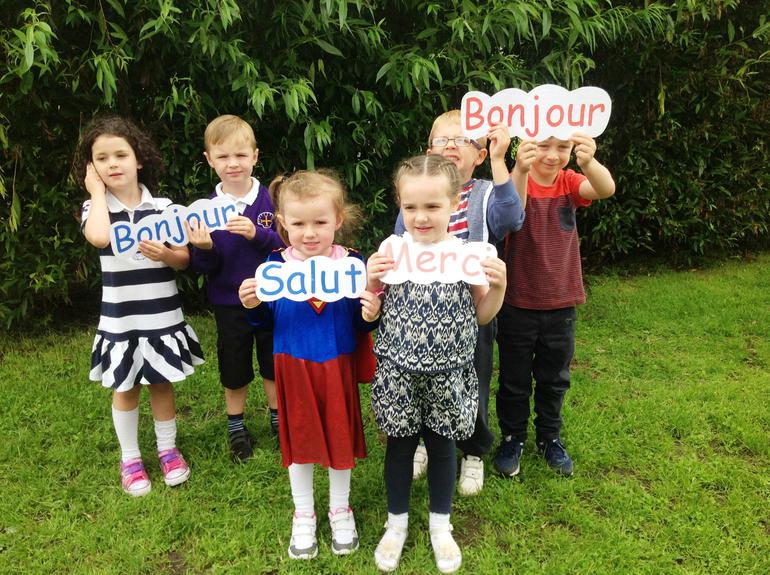 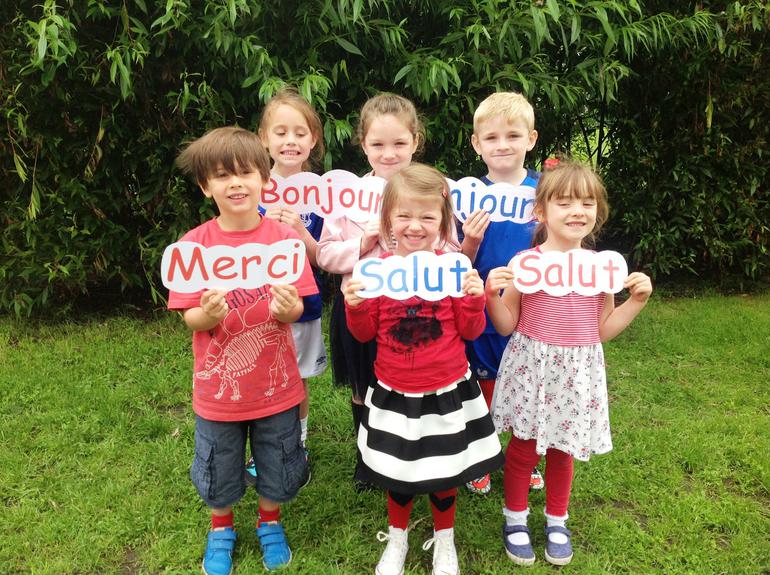 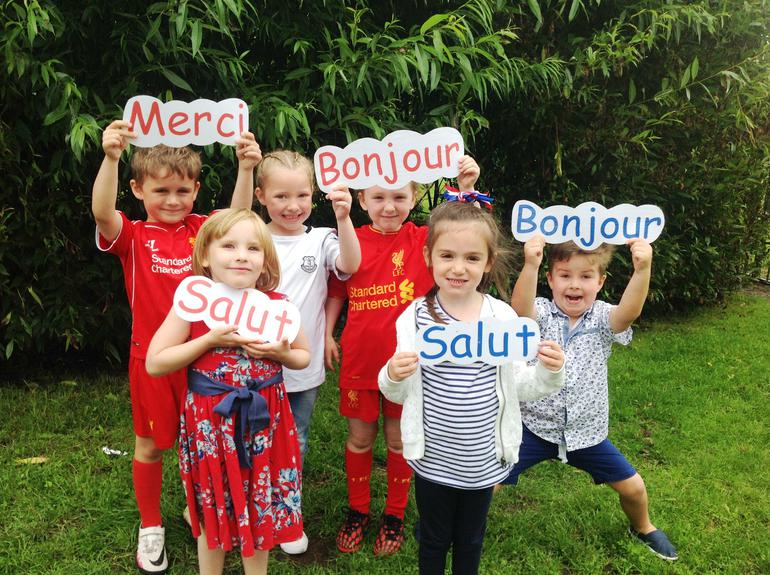 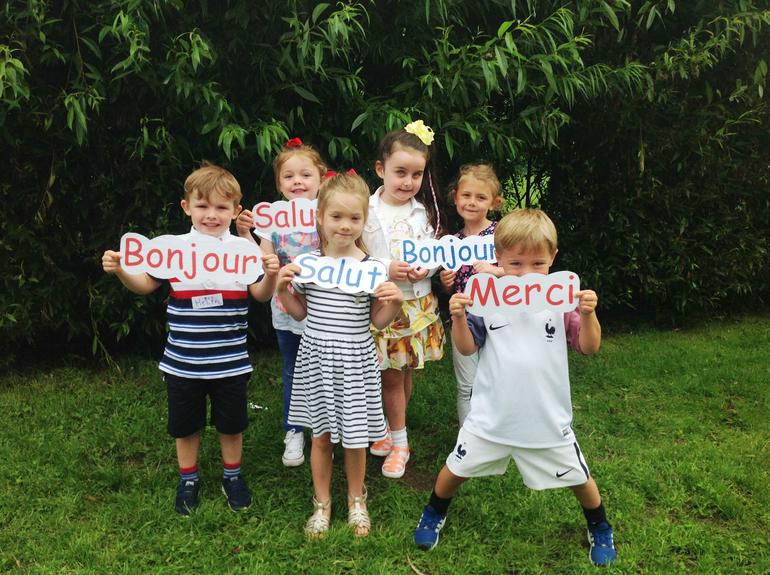 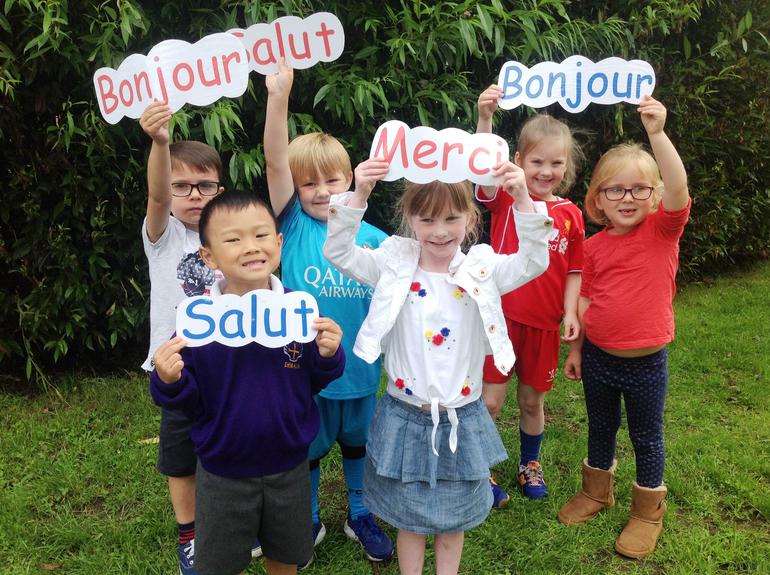 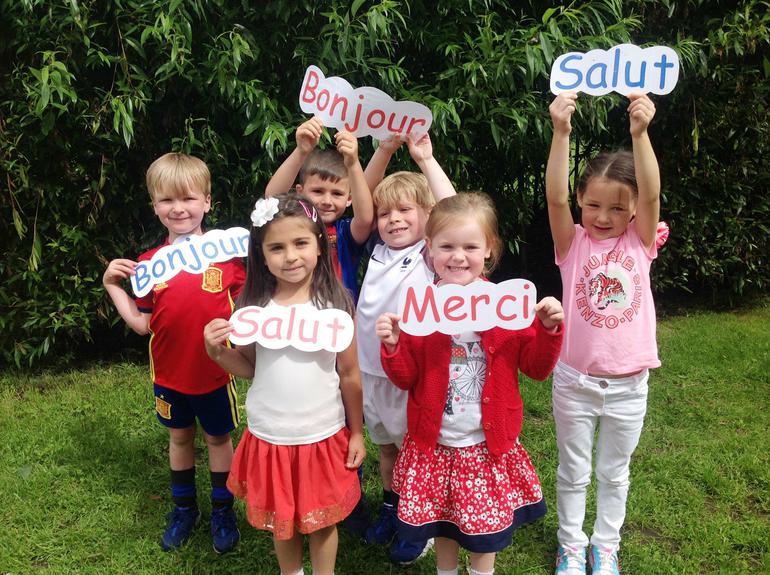 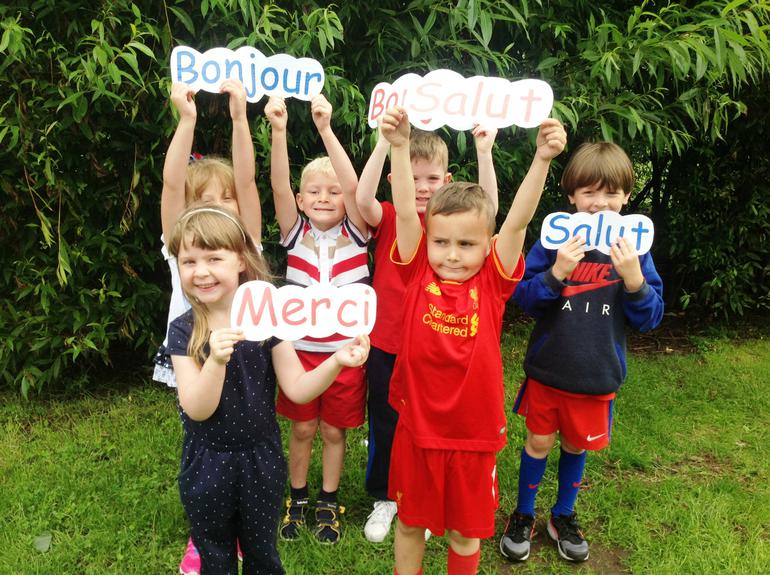 Our annual celebration of all things French took place when we celebrated French Week!  Every day was filled with exciting opportunities to experience French culture and traditions:

LUNDI: Madame Vickers led very special French lesson and we all tried to join in with some traditional French country dancing.

MARDI: A tournament 'de petanques' took place in green base and we competed against each other to play French boules.  Miss Kelly's class were 'les vanqueurs', winning 4 games to 2!

VENDREDI: We all came to school dressed in the colours of the French Flag, 'le tricolore'.  The weather was beautiful so we went outside for some special photos as a 'memoire' of our special week.