Menu
Home Page
You must wear a face covering when dropping off and collecting your children...this is to keep everybody in our school community safe.

'Jack and the Beanstalk'

Click the picture below to watch and listen to the BBC Teach version of 'Jack and the Beanstalk': 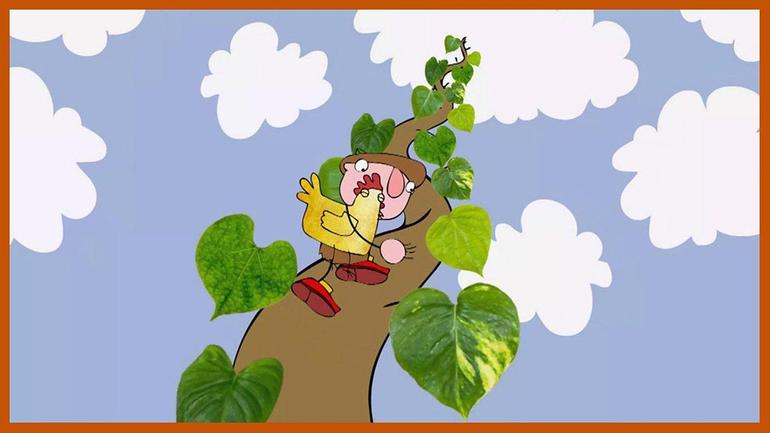 The story is divided into short video clips with accompanying notes for each part.  This should support the children with beginning to understand the structure of familiar stories which in turn will support their own story-telling and story writing.

Look at this picture!  What do you wonder has just happened in the story?  Talk to someone in your family about what you think.

Some questions to think about...

Has the giant seen Jack?

Would you rather be the giant or Jack?

What/who else lives in the land of the giants?

Why do giants live apart from humans?

Maybe you could write a sentence about this picture, starting with the words 'I can see...' or 'I think...' or 'I wonder...'